Politics is hard. Rough and hard. Peter Garrett knows this better than most.


He's onto his third or fourth career now. From international success in the band Midnight Oil, he has had various roles in environmental activism, from president of the Australian Conservation Foundation to the board of Greenpeace international. 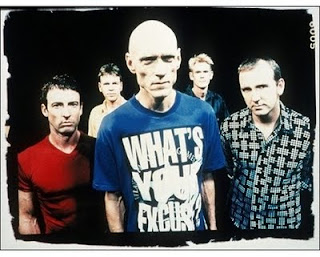 So what do you do if it's hard to make enough impact from the outside? Get on the inside, and know what real frustration is like. That must be life for Garrett as Australia's Environment Minister.

Last Saturday, an article in the Herald's Good Weekend (colour supplement) attempted to get to the core of Garrett's move. The results are predictable and disheartening: Garrett has learnt what it's like to be a politician.

His long-time associates do not doubt his sincerity and commitment to environment. However, the article stresses that in Garrett's position he is obliged to be a "team player". He's not rambunctious: he doesn't denigrate his colleagues either inside or out of cabinet, and he doesn't break ranks. All his politicking now takes place within cabinet, and he toes the line most strictly with whatever outcomes he has to swallow.

Case in point: in one of the "strongest speeches of his political career", Garrett has warned an international conference that some Australian animal species would have to face extinction. With 1750 threatened species, the government was moving from project-based ecology to preserving ecosystems - which would inevitably mean the death knell for some species.

That is understandable - quite rational, even, if cold-blooded. In fact, I cannot see the world changing course quickly enough to preserve all remaining species, let alone habitats. Human rapacity for land makes it inevitable that any ecosystem that is not explicitly preserved will be strongly threatened. Islands of wilderness are the only viable outcome of our present course.

But imagine being Peter Garrett, and having to announce the impending extinction of a random handful of species. And to keep that stony silence in the face of other environmental injustices that cabinet solidarity had demanded. At what point is one's voice sufficient on its own to sway outcomes? And by that point, are you then accustomed to compromising away your favoured outcomes for other factors?

My kids recognise Garrett more than other politicians - simply because he's our local MP, and he's been to their school. I'd hate them to come to understand him on the basis of what he can't achieve, rather than what he can. It's not his ideals that corrode - it's the political system that's corrosive. I still have hope he can sufficiently influence outcomes.


Update 06-Sep-09: A letter in today's Good Weekend in response to the above article vociferously sums up the attitudes of many:


"Peter Garrett's plea that he was just following the party's orders is possibly the most famous dud defence known.  Far from being the Faust or King Lear suggested, he appears to be the most common of political animals: the chameleon opportunist."

It is worth pointing out that that writer fully misunderstand Garrett's situation.  Despite being environment minister, he is bound by cabinet decisions - and so effectively has no say in many of his "decisions".  The only options here available to him are to resign from cabinet - and so be able to speak out without any real effect - or to attempt to influence outcomes from within.  I cannot comment on the actual machinations, but this process shows how politics can apparently corrupt (and actually corrupt the reputation of) even those with integrity.
Posted by S Simmonds at 1:21 pm