Roger Frederick Cook perversely released recordings in the early 1970s as Roger James Cooke. He also recorded as Roger Cook; he was heard too on recordings by David and Jonathan and Blue Mink. When I was little, I heard his voice most often on the wildly popular Blue Mink song Banner Man.

But his name endures best as a songwriter behind a large number of hits in the late 1960s and early 70s (usually with songwriting partner Roger Greenaway). And the hits were big and many, from the cheesy (I'd Like To Teach The World To Sing was, after all, originally a jingle) to the sublime (Hollies' Gasoline Alley Bred), through soul (Blame It On The Pony Express), country (Talking In Your Sleep), and, of course, bubbly, throwaway pop (Wacky, Wacky, Wacky). The songs are frequently remembered much more than the bands: Freedom Come Freedom Go, My Baby Loves Lovin', and Softly Whispering I Love You would probably ring more bells than the Fortunes, White Plains, or the Congregation. 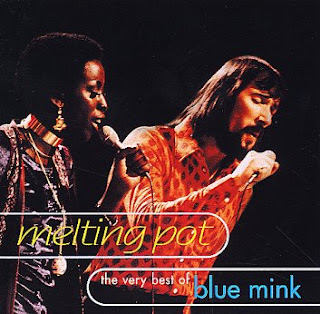 The Hollies had a couple of successes with Cook/Greenaway compositions: the abovementioned, and Long Cool Woman In A Black Dress - which one would definitely not pick for a Cook/Greenaway, but it gave the Hollies one of their biggest U.S. hits. Their subsequent album, 1972's Romany was one of their best. Recorded in the Romany sessions was a song called If It Wasn't For The Reason That I Love You. This was left off the album until more recently included as a bonus in CD releases. It stood out on the CD as a well-crafted song; it shouldn't have surprised me then that it, too, was a Cook/Greenaway composition. Probably left off originally because the Hollies wanted a rockier sound, as evinced in much of the rest of the album.


Although Cook continued writing (and some recording) past the early 1970s, that was his time of greatest impact. His career subsequently took some unexpected turns: in 1975 he left England for the U.S. eventually settling in Nashville, where his impact was felt (albeit less noticeably) in country music. Then in 1992 he teamed up for an album with Hugh Cornwall from the Stranglers. Given the relative cred of the two people, it's unsurprising to find this collaboration mentioned on Wikipedia's entry on Roger Cook, but not that of Hugh Cornwall (whose career has not been as lengthy. The music reflected the assemblage: a somewhat odd mishmash.

Roger Cook's website is particularly interesting, as he's accumulated copies of many recordings that he wrote or sang on (I know he's not been exhaustive because he didn't have Nash Chase's version of Today I Killed A Man I Didn't Know, a hit in New Zealand). A mark of his craft as a songwriter is that many of them have been recorded multiple times. He's included extracts of most recordings, which can give interesting insights into the different interpretations given his songs. Many of the covers stylistically mimic the originals, but there is also some good variety in the variants.
Posted by S Simmonds at 6:09 pm