In reading a Dan Brown book, I would inevitably ask myself two questions: why am I reading this? and why am I embarrassed when people see me with it?

In mitigation, I have to say that I never had intention of buying the book: as planned, I got it out of the local library when it eventually found its way to the shelves and stayed there long enough for me to find it. That's the level of urgency it deserves, at most. 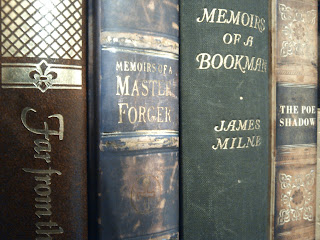 Why would I read it?  Why would I read any book?  A number of factors go into the mix: some combination of reputation, value, availability, ease of reading, level of engagement, and how it competes for attention amidst the pile of books that I'm part-way through.


So: value and a good reputation are clearly not at issue.  A Dan Brown book makes it through the gates to a large extent because of its simple style.  It will have a mystery or puzzle to engage - that will be the extent of reputation.  Yet it's the writing that counts against it: it's clunky.  Although there is a stylistic lucidity, it's so often clumsy to the point of being irritating.  That's the biggest negative.  Moreover, it seems tailor-made for watchers of commercial prime-time tv: chapter breaks are like commercial breaks, inasmuch as there are frequent recapitulations after chapter headings - of the immediately preceding events.

The puzzle is there, and that can pull me in.  But in this case in particular, the puzzle is meandering to the point of disbelief, with a particularly weak denouement.  Brown also tries to create tension, through pursuit, a nefarious antagonist, and multiple parties with competing agendas.  But for me, the temperature remains consistently tepid.

And the content?  Really hokey.  Freemasons and Masonic practices are central to this book.  But he must have had a traumatic time with the Powers That Be last time around (Da Vinci Code), because he approaches the Masons with the degree of utter reverence that one would normally associate with the likes of corporate America trying to keep on the good side of the Christian right.  Yet he's not on safe ground with neutral material: he makes such a hash of philosophy and epistemology, trying but failing to sound meaningful.  Similarly with science; his only hope is to obfusticate for people whose understanding is shallow enough to engender plausibility.

So, points are up for availability, simplicity, and the fact that there's a puzzle at all.  The pluses are rather insipid overall.

But it can get worse.  Matthew Reilly, for example.  He treads a similar path to Brown: mystery/puzzle/"thriller".  But he whacks in more violence, explosions, thoroughly-unbelievable escapes - oh, and the stakes become absolutely, urgently global.  The writing relies on frequent italics and exclamation marks to over-emphasis what he has already spelt out - that a predicament is amazing! Or dangerous!  Reilly clearly wishes he was writing a Hollywood blockbuster.  One that some script doctor could subsequently fix up for him.*

So why is William Heaney's Memoirs of a Master Forger tossed in with these other two?

Heaney, aka English writer Graham Joyce, is a guilty pleasure.  The writing's better - it's very readable without the irritation; he has something more to say, and he has an engaging warmth that the others lack.  Yet he ultimately has less to say than he promises.  And he's just as guilty of the device and the deus ex machina, albeit in a more forgiveable way.  But then, I found an unexpected sweetener: the content has a contemporaneity for me that is, on the other hand, sometimes uncomfortably close to the bone.  And there I recognise an insidious smugness.  Heaney sometimes feels just like that eponymous middle-aged, middle-class forger, rewriting himself as a better person, justifying his past misdemeanour actions and behaviours as ethically framed.  Which could neatly contextualise the title.

But yes, I enjoyed reading Master Forger and I would recommend it, especially to blokes my age.  And it didn't give me afterburn like junk food.  It still feels like a guilty pleasure, but it's rather less embarrassing.


* I've now been told that Reilly is a hit with teenage boys.  That's a bright spot: it may encourage more reading in those who might not otherwise read much.
Posted by S Simmonds at 11:51 pm

Reading The Da Vinci Code put me off of Dan Brown for life. He is a truly awful writer. For me, it doesn't matter how good the story is if the writing is that bad.
Same thing with Jeffrey Archer. Not a Penny More Not a Penny Less is a good story based on something that happened to Archer in real life. However the execution of it is abysmal.
I am racking my brains trying to think of a book that does the opposite: rotten story saved by brilliant writing, Can't think of any at the moment. Any candidates Stephen?
Click here for Bazza’s Blog ‘To Discover Ice’

Bazza, what's a rotten story? Maybe a truly good writer can make something out of any story.
But as I said, there's worse out there. If you look at the photo here, two of the four books are fakes, inasmuch as they look old, but are recent. Master Forger is, of course, one. The other, Poe Mystery, not only has a fake spine, but the writing is fakery: in style, its masquerade as a Poe contemporary attempts to hide the fact that it is stilted and frequently clumsy. I've persisted some, but I'd say life is too short to waste on dross when there's the likes of Last Orders with writing that is subtle enough to be simple yet lyrical and touching.