Before I lay my cards out, I should put some context on the following.


I previously discussed the 2003 winner of the Booker Prize for [Commonwealth] literature: Vernon God Little, by DBC Pierre, aka Dirty But Clean Pierre, aka Peter Finlay, a self-confessed user of people who was born in Australia, grew up in Mexico, and wrote in London.  His book was a (dirty but clean) wild journey through the experiences of an unlearned yet articulate 15-year-old in smalltown Texas.

This time, I want to mention the 1996 Booker winner: Last Orders, by Graham Swift.  This writer is, by contrast, thoroughly English: born, raised through some years, and writing, in England. 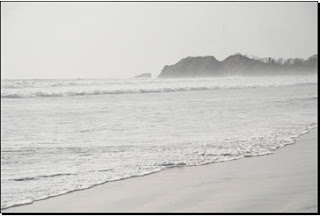 Last Orders is a particularly lyrical book.  And it is offered a strangely moving juxtaposition by Vernon God Little a few short years later.


The most immediate similarity between Last Orders and Vernon God Little, besides their matching awards, is that both works are written as stream of consciousness.  However, they make more a far more meaningful connection: whereas Vernon God Little represents the thoughts and feelings of a teenager: someone on the very cusp of an adult's life experiences; Last Orders gives a glimpse of life for someone at the tail end of their existence: someone - some people - in their seventies who can only look back for the most part.    Although there is a chief protagonist, it is narrated variously by a small set of friends who, whatever they aspire to be, are working class Londoners by birth.  And their backward gaze is a summation.  There is sorrow, certainly, and there are modest achievements.  But it's more about that reflection than a balancing of win versus loss.

That last may be counter-argued by some.  There is a clear tone of regret through the book.

That regret fuels the lyricism underlying this narrative: the dark clouds gathering and the rain; the hopes unfulfilled, the relationships variously strained, broken, and carried on.  The bright spots in their life, that they couldn't know at the time they would carry with them over the years, the decades.  The apparently trivial burdens that they couldn't know would weigh them down over their lifetime.

There's cameraderie and rancour in the same breath.  There's the unspoken warmth of knowing someone for 30, 40, 50 years and finding both treasure and treason in the same mix.  And there's a group of people with a web of relationships that spans so much time and so much experience, for good, for hidden feelings, and for indifference.

The immediate chain of events pertains to the death and memorium of one of the group of comrades, so inevitably the tone is coloured with sadness and regret.  Yet the reflections reveal a lifespan that despite the tribulations carries warmth.  The insights are not laboured; you don't need a finely-trained mind to appreciate that the bad is suffused with the joyous, and the good is temporal and to be appreciated, even if only in retrospect.


(One final note: this was filmed, and featured a pantheon of mature English actors.  I have not seen that film but for those who have: I doubt the works bear direct comparison.  The media are quite different, and so the method of conveying emotion is different.  I hope to see the film, but I don't think it's fair to compare the one with the other.)
Posted by S Simmonds at 12:09 am