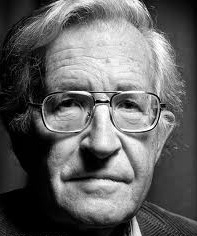 I read today an interview with Noam Chomsky in New Scientist.

I have a lot of respect for Chomsky.  Although the interview started on a scientific footing with his academic speciality (language), it was nearly as wide ranging as he is.  What he said was all eminently sensible albeit not especially novel, but there was one comment that was more memorable than the others.

It's rather a throwaway line, but it struck a chord with me, because it coincides with a trajectory that I've been more or less following.  Bar the psychology (which, incidentally, my wife is currently studying).

In your new book, you suggest that many components of human nature are just too complicated to be really researchable.

I don't know where he might place economics... maybe as a voodoo science?

In mitigation, I have to say that much as I'd like to, it's extremely unlikely I'll get around to a novel :)
Posted by S Simmonds at 11:30 pm