Another year at the largest sculpture exhibition in the world.

Some things stay the same: the heat, the crowds, the little fat men (from Danish artist Keld Moseholm), and the same sort of things that just stick upwards.

Different this year: many more pieces that were obviously made from "found" or recycled (rather: re-used) materials.  Some of those works had a cheap feel to them (lots of plastics, some of them clearly not post-consumer waste).  Some, like Subodh Kerkar's Chicken Cafreal, had so much structural integrity that it was not obvious what it was made of.

For me, the clear standout was a staircase to infinity by New Zealander David McCracken.  My eyes were constantly drawn to it; I've not been so attracted to a Sculptures work for a few years.  My 11-year-old son felt the same, but interestingly my 12-year-old daughter wasn't moved: "What's so special about it?"

On the other hand, we all agreed we loved the crows - Mikaela Castledine's East of the mulberry tree - the legend of the ten red crows.  Such rich colours.

Sculptures by the Sea is on until November 10. 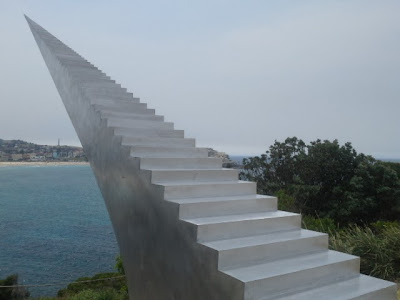 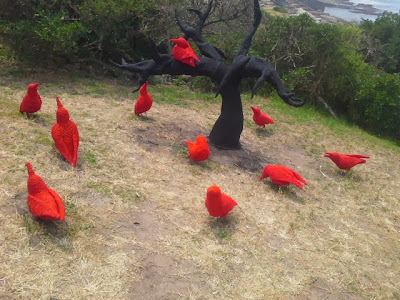 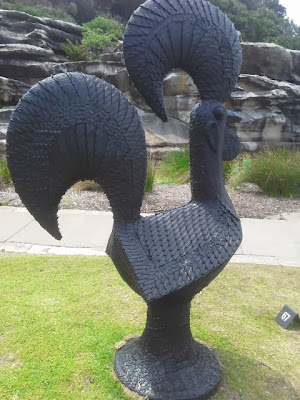 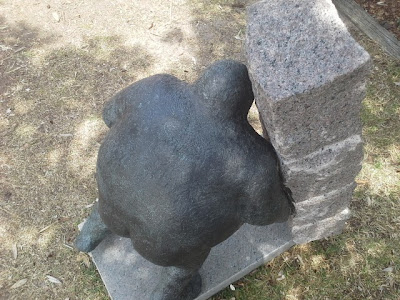 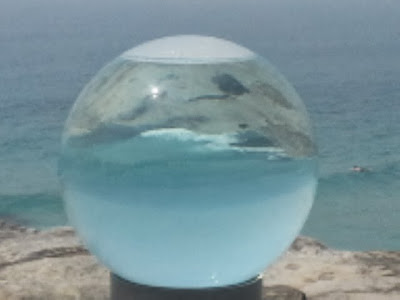 This time last year we were walking along that wonderful piece of coastline. This really takes me back to our meeting - the year has gone by too quickly!
CLICK HERE for Bazza’s Blog ‘To Discover Ice’

You're always welcome back, Bazza!