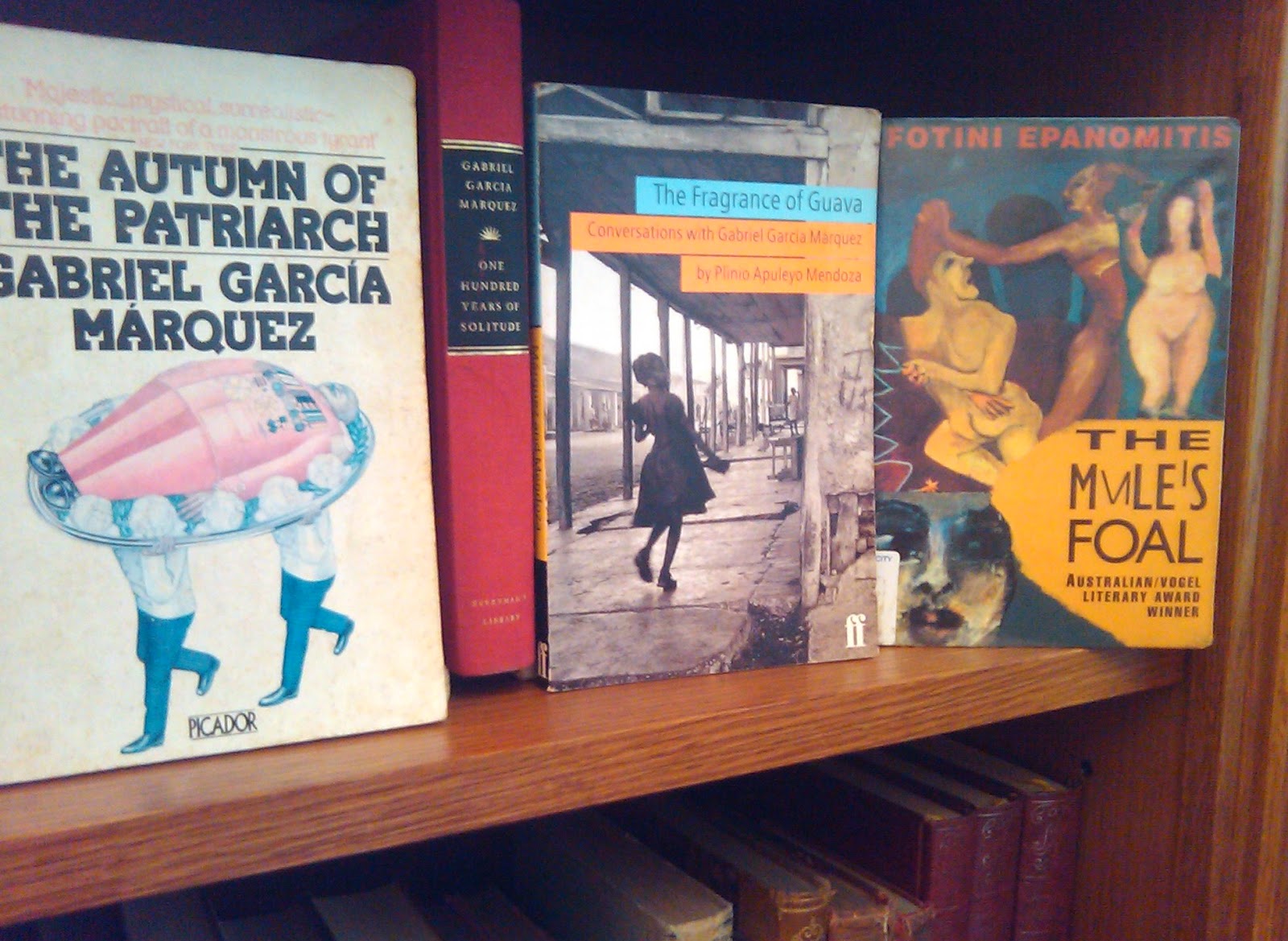 The bright side of the death of Gabriel Garcia Marquez, Colombian writer and Nobel Prize winner, is that it will stimulate interest in him and his works.

In reporting the event, the BBC read out the first sentence from his masterpiece One Hundred Years of Solitude:

"Many years later, as he faced the firing squad, Colonel Aureliano Buendia was to remember that distant afternoon when his father took him to discover ice".

But it's the last sentence of the book I remember... however, quoting it may be something of a spoiler - as would revealing the fate of the Colonel before the firing squad.  For me, the last moments of the book were an unanticipated but satisfying finale.  Read it yourself, you may not agree.

Although it's been seen as a historical allegory, Garcia Marquez says he actually wrote One Hundred Years of Solitude to leave a literary picture of his childhood, which "was spent in a large, very sad house with a sister who ate earth, a grandmother who prophesied the future, and countless relatives of the same name who never made much distinction between happiness and insanity".

From such springs the seeds of the "magical realism" genre of literature.

he also said that if he'd let the colonel in the story take power, he would have ended up writing The Autumn of the Patriarch instead - which, clearly, he did do later.  A worthy companion book.

The BBC also noted with a faint whiff of distaste that Garcia Marquez was friends with Fidel Castro.  Yes he was, and he defended the revolution despite what he termed the ups and downs he had with both Cuba and communists more generally.  His achievements on human rights have been downplayed, perhaps because the work he has done has been subtle, behind the scenes.

I include in the photo the book that for me most brings to mind the magic/realism of Garcia Marquez: The Mule's Foal, by Fotini Epanomitis, an Australian of Greek heritage who sadly never wrote another book.  Although grounded in a Greek village, its humour and surrealism sometimes threatens to overshadow Garcia Marquez.  Seek it out too.
Posted by S Simmonds at 6:14 pm

Hi Stephen. I just checked out your Blog to see if it still exists. For some reason I have stopped getting the automatic notifications so I will try to sort that out next.
Naturally, you will have realised that I am a big fan of Marquez's work - especially One Hundred Years. I had heard some unsavoury personal things about him in the past but have always ignored them. One has to separate the person from their deeds.
Once, in my 'My Heroes' series I wrote about Albert Einstein and a commenter said "Yes, but he was unkind to the women in his life". But that did not lessen his scientific achievements, did it?
Anyway; I hope that you, Rosalie and the kids are all keeping well.
Best regards, Bazza.

Still alive, but stretched for time. Good to hear from you.

Sometimes I can't think of any heroes of mine, sometimes I can think of several. Nobody can be expected to live up to all one's ideals... but some make beautiful music.