I had an economics lecturer at university who gave the best course I ever attended.  It was on the history of liberalism.  A sadly misused term in the US, this does not refer to the politics of anyone who is vaguely left of centre: in  the true sense it refers to the political philosophy that underpins the western world, including capitalism.

It was the way he presented the material that mattered the most to me.  Assuming, of course, that I have no fundamental disagreement, I'm a sucker for anyone who has verve and who is intellectually engaging.  And he had that enthusiasm, he had a sharp sharp mind, and he was particularly engaging. Ultimately, his response to liberalism was... praxis.  That is, action.  A punchline that initially sounded like an anticlimax, but it had - and has - a truckload of meaning, in context.  Given the journey and the challenges he took us through in that course, I still have enormous respect for him, and would still take any course he has on offer.

So, it looks like my lecturer, Yanis Varoufakis, is now the Greek Minister of Finance.  And he's going to be central to negotiations on the future of the monetary union.

Of course, his coalition's platform is absolutely opposed to the EU-imposed austerity program in Greece.  And Yanis remains a thorough-going Marxist, whatever anyone says.  But he's a very practical person, and he understands the practical mechanics of capitalist economics very well.  I expect him to be able to face up to the best negotiators Europe has to offer, so I think the ultimate outcome is going to be good for both Greece and Europe. 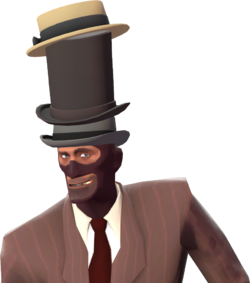 PS My teenage son's values are different, and none of this matters to him.  The main credibility Yanis has with my son is his contribution to the games-maker Valve, in the economics of trade in virtual hats.
Posted by S Simmonds at 11:50 pm