Peer Gynt Hunted By The Trolls

Henrik Ibsen's Peer Gynt is a five-act play in verse; it was planned and staged from the outset to be accompanied by Edvard Greig's incidental music, so the music has always been integral to the verse play.

The best recording of Greig's Peer Gynt is said to be Thomas Beecham/RPO's 1957 version.  My copy of the Penguin Guide to Compact Discs says other recordings "rest under the shadow of Beecham's".  And that's the one I grew up with; and I have it on CD now.  Standouts for me are Ase's Death and, of course, a superlative version of In the Hall of the Mountain King, complete with a wild and thrilling Germanic chorus that you just don't often hear. 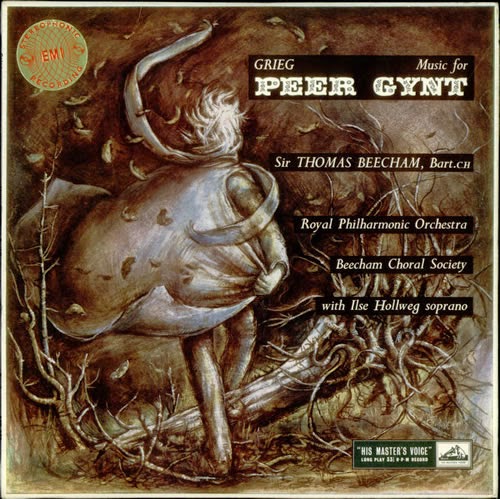 But when we listen to Grieg's Peer Gynt, we're not hearing it all.  Most versions have only about eight to ten pieces, but the complete score had 26 movements, some of them only rediscovered in the 1980s.

Last week, I took a spur-of-the-moment opportunity to acquire a two-CD set - why not try something different?

It was Neeme Jarvi's 1987 recording with the Gothenburg Symphony Orchestra, which turns out to be the first full recording, and which Penguin placed at the top of the extended recordings. 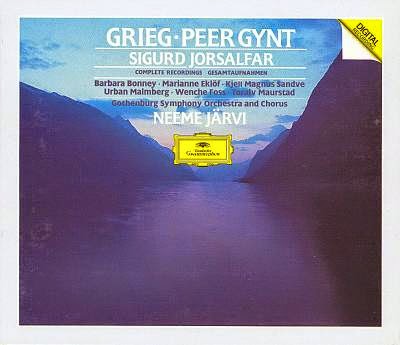 Definitely worthwhile in itself - Grieg is far too underrated.  But the most pleasant surprise, and my highlight of the week, was hearing a piece called Peer Gynt Hunted By The Trolls.  Not very long, but it's a wonderful counterpoint to Mountain King - it's the same wild ride, but also gives me the thrill of the new.  Maybe Grieg left it off the musical suites he spun off from the work because it sounded too similar to Mountain King.  To the casual observer, perhaps, but if you're just too familiar with Mountain King, this brings back the excitement, then heightens it.  Listen to them together.

Here's some representations.  The first one's Beecham's; the second is similar to Jarvi's, but omits the dialogue.