The new discovery of further Homo floresiensis remains adds to our body of knowledge while asking as many questions as it answers. 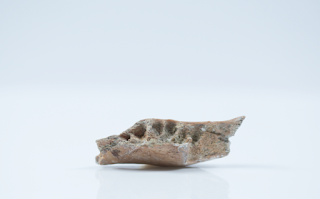 The most significant new information is that floresienses had been on that small island from 700,000 to 55,000 years ago (at the minimum range).
Scientific consensus seems to be that they are a species of Homo.  Although their small stature is suggestive of the Homo predecessor Australopithecus,  it is instead due to insular dwarfism - which means that 700,00 years ago it was already long enough on that small island for it to have evolved smaller to match the scarcity of resources there.
That's an awfully long time to be stuck on an island!  They certainly didn't do much with their time there, compared to the achievements in the span of modern humans.  That indubitably reflects their smaller cranial capacity.
Yet before we disparage a long-static lineage, we need to remember that any such species has to be said to be well-adapted to its environment.  On that basis, they were better adapted than most hominin species, with current evidence showing a lengthier stay on this earth than most others.  That longevity may reflect the stability of the Flores island environment, with little competition from apex predators or other hominin.  Yet it has been said that on available evidence, they disappeared at around the same time modern humans passed through on the way to Australia.  That could be a giant coincidence of the specimens unearthed to date, but it reflects an apparent pattern of Homo sapiens' interaction with other hominin species.

My current questions:
What discussion does this open up about stasis?  There's a lot of possibilities.
Did floresiensis last any longer than 650,000 years?
Were they evolved from Homo erectus?
And in particular, since the original find was entirely due to Mike Morwood seeking an understanding of the migration story of the first Australians, what's the full story of hominin migration between Africa and Australia?  The fossil record suggests there is an awful lot more to be gleaned from digging up all the islands in Indonesia.  Let's hope the past disputes lead to more successful governance of future projects

Hello Stephen. Interesting that the small brain size was not an indicator of low intelligence (according to the Wikipedia article).
Tolkien was well ahead of the game, wasn't he?
CLICK HERE for Bazza’s fabulous Blog ‘To Discover Ice’

I'm not convinced about that. In fact my gut feeling is that it's the other way around. In all that time on Flores, they were successful enough to survive, but not successful enough to do more than that. I think their cranial capacity limited their technological development, at the very least.