The failure of democracy

It is ironic that some of the comments about the impending departure of the UK from the EU have lauded the referendum as a successful exercise in democracy.  I note the Murdoch media in particular have hailed it thus:


"a triumph of democratic  reasoning" - The Australian


Okay, I apologise, Murdoch is an easy target.  But there have been plenty of others.

Irony, wry irony.  The truth is the complete opposite.  Even aside from Arrow's impossiblity theorum demonstrating the contradictions inherent in democracy, this vote was a spectacular failure, for a number of reasons

1.  One person's voice was much weightier than anyone else's: Peter Hargreaves, the billionaire who financed the Leave campaign.

2.  The outcome is sharp and total - and thus disenfranchises all those who voted against it.  Nearly half the population had a voice that didn't count, and they know they will suffer from it.

3.  None of the rest of the EU had a say in this - and it is such a momentous decision that it's easy to see scenarios where the whole of the European Union is destroyed. 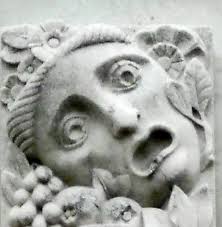 4.  The devil is in the wording of a plebiscite (as John Howard knew when he effectively shot down Australia's Republic referendum).  David Cameron's overconfidence led to a simple wording for a complex choice.  As an example: if it had been worded "Will you vote to Leave if the European Union doesn't act on x, y, and z", a far greater proportion of Britons would have been better enfranchise, as would the EU.

5.  None of the rest of the world had a voice in this outcome - and we are likely to suffer economically because of it.  Worst case, global recession, is not yet beyond the possible.

You think it is axiomatic that only Britons should have a say?  That's democracy.

Hi Stephen. I've been too upset to even respond until now. The day after the result Farage said the major claim (about £350m per week given to the EU and implying that the NHS would get the money instead) was 'a mistake'. Published stats in the UK have shown that the more educated, better-off, young and southern you were, the more likely you be to vote remain.
Now the lunatics have really taken over the asylum, the country is in disarray and is a rudderless ship! The Leader of the Opposition has lost a vote of confidence by 170 to 40 but refuses to go. Help; I'm emigrating to Australia!
CLICK HERE for Bazza’s fabulous Blog ‘To Discover Ice’

We welcome refugees. Fortunately for you, it's the well-heeled western refugees that the Australian government welcomes.
I'm off to vote today, but our outcome positively pales into insignificance. The party I'll vote for is more favourable to real refugees than either of the parties that could actually get into power.
Totally unsurprised that the Leave campaigner claims turn out to be untrue. I imagine the tabloids had a field day both before and after the vote.