The fascinating brain and Oliver Sacks 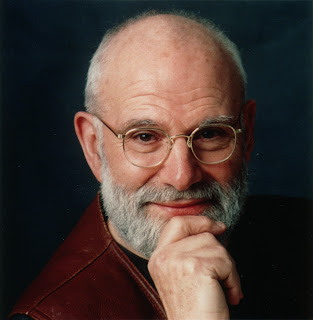 Oliver Sacks is a British-born, US-based neurologist – a specialist in brain physiology.

Most people will know his writings from either the film Awakenings, or the book title The Man Who Mistook His Wife For A Hat. There’s a lot more depth to his work, though, than would be suggested by being associated with either a quirky title or a quirky actor (Robin Williams, who played him in the film). In fact, he’s somewhat taken aback by that strong association with Williams.

His writing is actually very interesting and readable – and he is so darn erudite and philosophical, it would be painful if his writing style was any less lucid.

His books are largely compendia of clinical case studies* – from a thoroughly fascinating discipline. The books are imbued with such meaning that today I was compelled to buy his book An Anthropologist On Mars, despite having a copy at home. (That copy is due back in the library, but the book is of lasting significance, so must be replaced.)

His work encompasses physical disorders of the brain, and the effect of that pathology on the mind, and on behaviour. Who we are, what we perceive, and how we perceive, are strongly influenced by the physical, the chemical makeup of the brain, and this is made most clear where the brain suffers trauma. Through these books, those traumas are depicted as due to either accident, illness (including tumours and epilepsy), or congenital malformations.

Throughout this work, questions are posed as often as answers are posited. Overarching answers seem to be elusive, but there is a theme of working towards a better understanding of how we are what we are. How we are governed by the fact that our minds - our conscious selves – are located in a physical organ.

Although all I have read so far is worthwhile, I favour Anthropologist On Mars, probably because he gives himself space to range more freely on the gamut of ideas raised by each given clinical situation.

One of the subjects of his pondering is the eponymous Anthropologist – Temple Grandin, a professor with high-functioning autism, who said she felt like such a person, in her interactions with other people. Typical of autism, but as with others at the higher end, she has to continuously work out how to interact with people, rather than just do it.

All of this encompasses more than can be expressed in a single post. There’s still more to come on autism, as well as:
And just how does Daniel Tammet – just through visualisations - calculate and remember like a computer ? Brain damage or genius, he has something we don't.


*Interestingly, I recently conversed with someone who also recommended Sacks’ memoir, Uncle Tungsten: Memories of a Chemical Boyhood. Looks like there are a few erudite people out there.
Posted by S Simmonds at 6:03 pm

Email ThisBlogThis!Share to TwitterShare to FacebookShare to Pinterest
Labels: neurology