iPhone and the future of personal devices

The future of personal devices is iPhone? 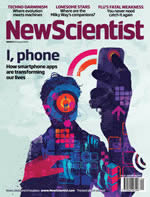 Apple's iPhone made it to the cover of Time magazine in 2007, the year it was released.  Now it has made the cover of New Scientist.  Why?

Because it's in the process of filfilling a vision I - and many others - had long ago.  That vision was for a ubiquitous device that would meet all one's digital needs - anywhere.

That shouldn't have been too hard - in theory.  I once had a PDA (personal digital assistant, a pocket-sized computer) that ran on Windows CE.  You beaut, I thought at the time, it's Windows-based and actively supported by Microsoft, so it will be a significant platform into the future, there'll be plenty of software for it, it will do everything.

That PDA only partially realised the vision.  It held music, photos, videos, spreadsheets, documents... and could connect wirelessly to the internet.  But as a general device, PDAs never grabbed the mass market's imagination in the same way that PCs, mobile phones and the internet did.

Worldwide, there are already more mobile phone services than landlines (2005 figures, for example, were 2 billion vs 1.2 billion).

Further, there are are already more mobile phones being sold than any other devices (according to the above reference, 2005 sales were 830m mobiles, 210m desktop/laptop computers, 100m game consoles, 90m digital cameras).

Even earlier - 2004 - sales of Smartphones (integrated phone/PDA functionality) had overtaken standalone PDAs.  As of 2009, they constitute one in every seven mobile phones sold.

The picture is rather different now.  Latest worldwide figures (Gartner, Q2 09:
(The bulk of the rest  - 5% odd - is Linux-based)


Ultimately, PDAs were superseded by connected devices, driven by that consumer product of choice, the mobile phone.  That's not the end of the story, but ubiquity in market penetration is gradually leading to ubiquity in functionality, and Apple is leading the charge.  The iPhone may not be the market leader, but the breadth and volume of applications is world-beating - and that phenomenon is illustrated impressively by the New Scientist article.

The other part of the equation is the loading up with communication capabilities - especially location awareness, which has sparked a surprisingly large and imaginative range of applications.

Microsoft did have a vision for its operating system which encompassed both PDAs and smartphones, but execution failed.  Although they pushed it quite strongly through their developer community, their market share is inexorably declining because they simply never caught fire with the wider public.  That especially is where Apple shines, generating momentum that fosters further innovation. 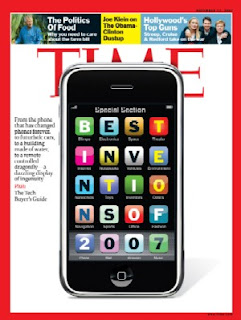 On the downside, Apple is prone to restrictions (to hardware, software, and connectivity enhancements) that are aimed at protecting its turf, including brand image, in one way or another.  That has been a downfall in the past, and a caveat that may yet unseat their current ride to glory.

The original vision stands largely fulfilled, in actuality or near-term capability.  Yet for me there remains an annoying gap in data entry.  How to transfer your digital world into the device, especially when mobile.  Fitted microphone and camera can go only part of the way.  In my original PDA, the issue was partly addressed with a fold-out keyboard that the device could be plugged into.  Still, typing as a paradigm leaves a lot to be desired.  Waiting for the next leap forwards...
Posted by S Simmonds at 9:27 pm