The Australian government’s recent responses to climate change have been bizarre. But not out of token for a government that’s paying lip service to the issue, for a public that it believes is also paying only lip service.

The tragedy is that this posturing may fool a good number of people.

The new Environment Minister is Malcolm “Climate Change. Live with it.” Turnbull, who happens to be the richest federal MP in the richest electorate, with attitudes to match. 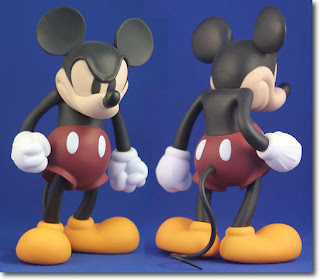 His second initiative: claim that Australia is leading the world on climate change. Because of the above.

His third initiative: pledge $200m to reduce deforestation in Brazil and Indonesia.

This is by way of rebuff to Nicholas Stern, who is in Australia pressing the need for real action. Bad luck, mate, you’re talking to the wrong government.

(The Herald recently gave a good rundown on the history of this government’s response to climate change. The bottom line was that John Howard had been fully in thrall to the line fed to him by a set of Australian business leaders, in particular, Hugh Morgan of WMC.)

First: Australia has been indulging in land clearing for some time. The government’s response is thoroughly hypocritical: we want others to stop, but we won’t.

Second: Tossing money at Brazil and Indonesia won’t do a thing. Open slather deforestation is fuelled, quite simply, by corruption in both countries. They already have a money pit, and they’re happy to take more. In Indonesia in particular, deforestation in intrinsically linked to military interests, and the military is tantamount to the most powerful institution in the country. Laws already exist, but the military has always acted with impugnity.

Howard is running the same old story that ameliorating climate change is bad for Australia’s economy.

Fortunately, that sort of reckless short-termism has a counter. We currently have an Opposition Leader, in Kevin Rudd, that makes Howard look like the mickey mouse politician that he is.

I doubt Rudd will deliver all the solutions. But on current record, he’s brought the government to book on its trickery. Hopefully, his clear-thinking and enunciation will filter through to the electorate.
Posted by S Simmonds at 5:58 pm