Gee, Michael Duffy is a duffer.

"If John Howard loses the forthcoming election, I fear for the mental health of our left-wing intellectuals. The experts have told us many people need a bogyman in their lives, some figure to represent their darkest insecurities and fears. Howard has long performed this valuable role for many on the left, so his loss of office could have unfortunate consequences." 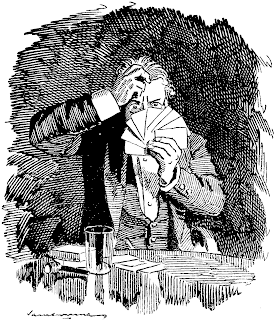 Duffy is a rightwing columnist for the Herald, and presenter for ABC radio. I suspect they both keep him on as a counterpoint to claims of leftwing bias in each media. In fact, Duffy's programme is called Counterpoint. Some of his guests are real doozies.
Anyway, the above quote leads his latest column in the Herald. He just doesn't get it, does he? Like quite a few of those pet rightwing lightweights (yes, you, Miranda Devine).
He does himself quite a serve in that column. I noticed another blog commentary on His Duffishness, in The Road To Surfdom - picking up on the endpiece this time.
So the left won't have a bogyman if Howard loses? Sure they will. It'll be Kevin Rudd.
You don't really think the ALP is left wing, do you? If you do, you're probably Michael Duffy.
Posted by S Simmonds at 9:39 pm