The tragedy of the children 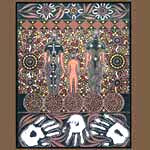 Noel Pearson was eloquently blunt on Lateline last night, talking about the tragedy of the rampant sexual abuse of children in aboriginal communities. Inter alia, "I'm amazed that anybody would put the protection of children secondary to anything."

As a black leader, he can say things that many blacks would treat with suspicion if they heard coming from a white.

Not that there's unity within the aboriginal world on the issue, far from it. Rumours are rife and suspicions are high. It's a land grab, it's paternalism, it's interference, it's the Stolen Generation all over again.

That last comment hits a particular sore spot with everybody - and it was something said by a black leader.

But refer back to Pearson's statement above. And the title of the Inquiry into the Protection of Aboriginal Children from Sexual Abuse: Children are sacred.

They are, absolutely. Yet the inquiry found firm evidence sexual abuse in every single Aboriginal community they visited in the Northern Territory.

So the Federal Government sends in the cavalry.

I would, too. So would Noel Pearson.

With any luck they will prevent a fair amount of abuse.

But, as a number of people have pointed out, this issue is merely symptomatic of a much wider range of issues. Indigenous MP Barbara McCarthy: "if the Federal Government sincerely saw a national emergency it should provide money for alcohol rehabilitation and immediately fund the construction of 1000 houses to ease chronic overcrowding. Twenty or more people commonly live in shacks."

The cavalry will help. But unless there is serious work, money and resources dedicated to the wider issues, there's nothing to stop this utter tragedy resurfacing.
Posted by S Simmonds at 10:07 pm