Taking a much, much longer look.

Popular understanding of evolution is deeply flawed for a couple of reasons. First, the concepts are often subtle, and open to antithetical interpretations when reduced to one-liners. Second, we're understandably anthropocentric, and it's hard to think fully outside our own context.

I was once just as guilty as anyone of misconstruing why giraffes have long necks (due to the best mutations surviving in an environmental niche, not a lifetime of stretching!)


If I take a much longer view of time and the Earth, my conclusions are mixed, but on the whole positive.

In terms of Earth's history, we are in the Holocene epoch (for the past 11,500 years) of the Neogene period (the past 23 million years), within the Cenezoic era. That era is only 65 million years old, yet the Earth's geological history lasts 4,500 million years. The start of the Cenezoic era is marked by the meteor that caused the last main extinction event (K-T), which eliminated non-avian dinosaurs and gave mammals the opportunity to fill in the environmental niches left void. 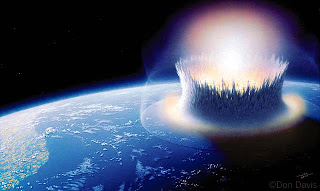 And, of course, we're now in the middle of another major extinction event. And we are the cause of it.

The event will be marked by fossils in the geological record when this epoch and period is gone. As well as fossils the rock record will also show human artifacts.

By that time, we will have gone through some trauma. We will have changed the global environment; the only question is how far we have to go before we can band together sufficiently to stop the slide. We will need a new word for suffering, because the current global refugee situation is nothing compared with what we will face.

On the plus side, we will probably have forced our way out of the cycle of ice ages and interglacial periods that has characterised the planet for most of the Cenezoic era.

I also expect we'll have genetic technology largely under wraps. This means the ability to revive extinct species, but a species is just one aspect of an integrated environmental niche, and recovering them would be much more complex.

And, to paraphrase an old Church song (Fog), in a thousand years, we will all be digitised computer memory. That is the sole fate for most of us, although it's a more visible fate than most of those who died a thousand years ago.

I'd expect that ultimate survival will be due to our ability to conquer the tyrannical distances of space. If, for example, those who embark on the journey are those best suited for that vastly different evironment (whether involving cryogenics or not), there will be some genetic selection. That will be our only form of future evolution: that which we mark on ourselves.

[Or, in isolated environments, those left behind will change the natural way. However, evolution is a simple equation of the speed of adaptable mutations versus the speed of environment change. Evolving naturally would be, as it always has been anyway, a gamble.] 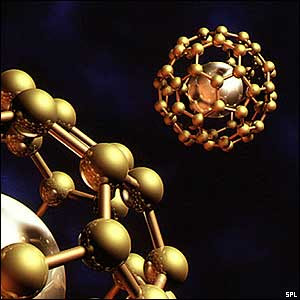 And now that we have digitised the past for the future's benefit, I have confidence there will always be music to lift the spirit.
Posted by S Simmonds at 11:04 pm