Indeed. The above was the headline to an ABC brief on the Aus cricket captain's response to the Governer-General. Michael Jeffery called for a return to "fundamental courtesies and good manners", to restore dignity to the game.

In broad terms, I very much agree with him. Cricket is far less "sportsmanlike" than it has been and it should be. Sledging (abuse on the field) should be verboten, and players should be honest about whether out was out. 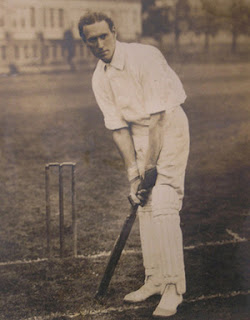 Of course not. So much has changed since then.

Jeffery (and many others) can bewail the modern generation's lack of decency and courtesy, but that's really nothing to do with it.

Simple. When money becomes the driving value, other values go out the window. Nobody can argue that. It's happening everywhere

If you want to complain, complain about that general trend: the replacement of all other values with monetary value. It's been intensifying globally for the past 25-odd years. Why sit on your hands? You could start by using what power you have, for example voting for those with a stronger preference for keeping the influence of the dollar out of areas that should be strong in human or community values.

Or stop complaining.
Posted by S Simmonds at 5:32 pm