Glucosamine, derived from sources such as crustaceans and grain starch, is a widely-used medicine for arthritis. 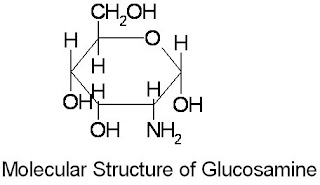 Choice's research (overview here) was effectively a literature review, taking in studies up to 2005, although it also examined the stated content of a number of products containing the substance.

As a result, Choice expressed doubt that glucosamine is effective for osteoarthritis pain, suggesting strongly that the only benefit was the placebo effect.


I have a personal stake in this, having been diagnosed with osteoarthritis of the knee a few years ago. This condition has two outward effects for me: some aching in the knees, and the occasional quite bad twinge when a leg twists about the knee.

The doctor had some x-rays done, and showed me in them a build-up of spurs of cartilage around the knee. He prescribed glucosamine, and said it would help reduce further buildup of the unwanted cartilage that was causing the problems.

So I set out on a course of this over-the-counter medicine, at the dosage that he recommended. However, having been back to a doctor to verify the recommended daily dosage, I found GPs are somewhat more vague on this area than I first thought.

Now glucosamine of itself is an unstable substance, and usually compounded with any of several other substances, including sulphate (as my doctor prescribed), hydrochloride, potassium chloride, etc. But I can vouch that the range of available products is difficult to compare, as they quite frequently don't state their equivalent dosage of the active ingredient. This Choice mentions, perversely stating that some products don't have enough glucosamine sulphate to be effective. This from an organisation that said it wasn't effective anyway.

At one point, not being confident that the doctors were confident of an 'appropriate' dosage, I bought a product that contained a fair bit more active ingredient than I had been taking to date.
Within a few days of bumping up the dosage, the intensity and presence of the osteoarthritis reduced very noticeably. Placebo? I was sceptical, and not optimistic of any change, but was surprised by the result.

I still don't know if it is effective in reducing excess cartilage buildup. The Wikipedia article actually states the opposite - cartilage increase - as a positive effect may occur.

Uncertainty on a number of fronts: effectiveness for pain relief, effect on cartilage, and dosage. Wikipedia's article suggests there remains insufficient scientific consensus, although various international bodies recommend it as a treatment, including recommending the sulphate compound for the knee.


An industry ad in Saturday's Herald responded to Choice: "independent research proves glucosamine helps maintain the normal structure of cartilage in the joints". Also: "Choice Magazine found about 75% of their online members who were arthritis sufferers claimed... benefit from using glucosamine" - although that begs a question of who was motivated to respond.


Meantime, I'm going to keep taking a decent dose of glucosamine sulphate, plus regular swimming, as the best I can do for my knees.
Posted by S Simmonds at 3:29 pm

Well, I found glucosamine to be effective for the osteoarthritis in my knee that I sought treatment for about 3 years ago. I was a bit miffed because it was diagnosed as "mild" but it had come on all of a sudden and kept me awake at night. However, my use of glucosamine since has been intermittent and I have found that losing weight and bumping up my exercise regimen - particularly squats and running - has removed the symptoms largely, and I only feel them coming on again if I get a bit lazy. So, for my part, exercise would seem to be the key. I suspect lots of people are like me and use glucosamine with increased exercise/weight loss, so it's hard to identify the relative benefits.