Favourites seen this year, in order of appreciation. I’ve included the best of older films that I’ve seen for the first time this year. When I look back on it, the films that were ultimately unsatisfying were mostly Hollywood blockbusters. 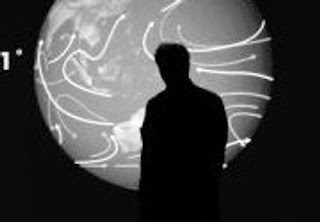 1. An Inconvenient Truth (USA, 2006)
At the top because it was both a riveting film, and a significant documentary. Not to mention the positive effect it had on the most important issue our era, climate change. My original comments here.

2. Thank You For Smoking (USA, 2006)
An excellent film all through. Well written, acted, directed, cast, and particularly funny. My comments here.

3. The Prestige (USA/UK, 2006)
Annoying the first time around, but ultimately very clever and challenging. You need to see it twice to understand the plot and the nuances, but it’s worth it. Rather grim in places. My comments here and later here.

4. Casino Royale (USA, 2006)
Definitely the best bond film. Had almost none of the cheesiness and cliché of the rest. Very engaging, great pace, rather violent. The only Hollywood "blockbuster" this year I really liked.

5. Children Of Men (UK/USA 2006)
A bleak but redemptive film of the near future. Some stunning scenes. Comments here.

6. Mullet (Australia, 2001)
Although small in scope, it’s a particularly good Australian film. Accept the small focus and appreciate the story. For my money, it’s better than the much-lauded Jindabyne, a similarly small-scope Australian film. Comments here.

8. Syriana (USA, 2005)
A powerful, very topical film about oil politics. And it had George Clooney, the most watchable actor of our times. Comments here.

9. Beat the Devil (USA, 1953)
Criminally underrated (albeit patchy) spoof of films like Casablanca, but the witty script is fast, so you have to listen carefully to catch it all. Get it on video to rewind as necessary. Comments here.

10. A Prairie Home Companion (USA, 2006)
Robert Altman's final film, although not perfect, was small in scope and big in heart. Some surprisingly good singing from Meryl Streep and others.