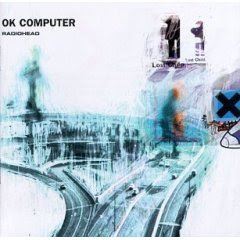 Ok computer is one of the best, possibly one of the most important, rock albums ever. It is dark, complex, emotional, innovative - and consistently ranks at or near the top in popular and critic polls.*

With music so moving, so captivating, I'm always keen to hear more, further mine the vein.

And now there's variations on the theme from the Easy Star Allstars: Radiodread, a reggae version of the full album Ok Computer. 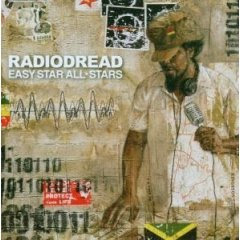 This is a fine line to tread: you can alienate either those people seeking true faith with the album, or those who expect something more.

Yet it works, very well. It is faithful to the original - with a reggae beat. This sweetens, softens the original mood, but presents very creditable music, good guitar - and freshens the grooves the music has worn in my mind.

Why did they do it? Apparently due to wide acclaim for their previous project - a reggae version of Dark Side Of The Moon. Looking forward to it.

*See for example, Rate Your Music, and the recent poll of Australia's JJJ listeners.
Posted by S Simmonds at 3:45 pm

Email ThisBlogThis!Share to TwitterShare to FacebookShare to Pinterest
Labels: music