The amazing Brain 4: What it can do!

I mentioned previously some special traits of Daniel Tammet’s mind. In particular, memory, calculating ability, and synaesthesia. What is their relevance? Are they related? Are they due to brain damage, either in vitro or due to epilepsy?

These are significant questions because of what we may be able to find out about the brain. Tammet is in a unique situation. Most people with his disabilities/abilities have in the past been either consigned to institutions or not given sufficient stimulus. His book details fairly clearly that his behaviour as a child was abnormal, dysfunctional to the point where it was a gamble to attempt to send him to school. Would he be unable to cope? Would he learn nothing? Would he be too disruptive for everyone else?

In fact, the answers to these questions was both yes and no. But he had a supportive family, and numerous siblings to learn from. And it was only as he went forward, and absorbed numbers, books and language, that his abilities began to be appreciated. But it’s been a constant battle to cope, for him and those around him.

He was fascinated with numbers from an early age. He saw numbers as particular shapes, sizes and feelings – his synaesthesia. This gave an extra dimension to his brain’s ability to work with them. In fact, as he describes it, his calculating ability manifests itself this way. Given two numbers, which he sees as shapes, he sees the multiplication product of those numbers as the shape that forms in between those shapes, when put side by side.

Many people just “see” 8 x 9 as 72, without calculating anything. Tammet’s ability means he can “see” the answers to much larger calculations. He knows the shape (his shape, it must be stressed), for all numbers up to 10,000. Anything larger requires calculation, but for him it’s actually visualisation.

This is associativity. His brain uses the automatic associations between numbers and shape/size/feeling as a kind of short cut to the result.

An extraordinary memory is one of Tammet’s key abilities. That in itself is shared by a small handful of people around the world. It is unclear how his abilities are connected, but it’s possible that his associative/synaesthetic ability is a way to access that memory. 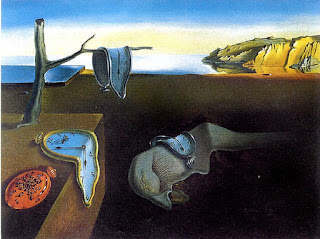 Associativity is particularly important for scientific and technological advancement, as people explore paradigms from other disciplines to try to forge a deeper understanding of their own.

It should be stressed here that Tammet is not a 'maths whizz' per se. The second post of this series details a puzzle outlined by him in his book. He effectively gave the wrong answer, and I would suggest this is more because, as with autistics in general, he can more easily look at small detail than the bigger picture, and so miss aspects of a situation.

Yet if one person without specific training can do what Tammet can do, why can’t we all benefit somehow?

Well, maybe we can, maybe we can’t. Maybe that short cut is a short circuit, that is necessarily intrinsic to brain damage that has had less desirable results.

But then again, maybe it isn’t. We just don’t know.

But the very fact that the brain can do these things says an awful lot about our untapped abilities, and how much there is still to be discovered.

Tammet has detailed a number of tests run on him by scientists, seeking a deeper understanding of the brain. Yet those that he details in his book sound relatively trivial. He’s been very good-natured about it so far, but I doubt he would have enough time to respond to all such requests.

Still, as long as he has the time, and retains that patience, there is a lot to learn. If the key to these abilities can be identified, why should others not be able to access memory, associativity, and calculation ability as he can?

Still, his abilities and disabilities include something else more fundamental that we could all do with: honesty and humility.