When China whispers, the world catches a cold

Dangerous to comment on a breaking story, isn't it? Here goes!

Roughly: there was a rumour in China that share market investors were about to be taxed 20% on capital gains. (have I got it right so far?)

As a result, stock markets around the world dip sharply. Why? On fears that the good times were about to end, and the perception that those good times were largely financed by China's powerhouse growth in recent years.

Australia's tradition is that it has ridden on the sheep's back - ie wealth from agriculture. It's currently riding on the dragon's back: trade has been particularly good due to China's insatiable demand for raw material - minerals especially - which Australia has in abundance. 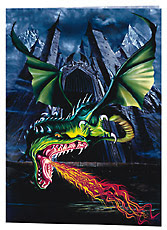 So, riding the dragon, Aus shares take a tumble too.

Last I heard, people were calling the market drops a "necessary correction". Undoubtedly. Especially with hindsight.

But it is true - ironic and true - that China's performance is now in a position to affect the global economy. Of course, they don't have an interest in driving down the filthy capitalists - their fortune is now inextricably tied to those capitalists - and in a capitalistic way.

What drove the rumours? Maybe they came from someone in the know - ie they're true. Fact is, the Chinese government does have an interest in moderating economic activity - capitalism works best when simmering, not overheating. It's plausible there was a plan to use such a tax to cool things down. It's also plausible the government had some desire to extract its share of the good times [more directly].

But as the Chinese government is coming to realise, capitalism is a genie that doesn't step back in the bottle too easily. And in the process of fostering untrammelled economic activity, it has effectively removed from its own power some of the levers of control of the economy - a situation western governments know all too well. If it wants to regain some of that control - or if it wants to [belatedly] redistribute the wealth more - it will find it surprisingly difficult.
Posted by S Simmonds at 9:52 pm