The Amazing Brain 5: I'm autistic and I can prove it!

Simon Baron-Cohen is a specialist in autism, one of the scientists who has examined Daniel Tammet's abilities.

Baron-Cohen has developed an Autism Quotient test. It's not definitive, but it can measure people against statistical averages. For a set of 50 questions, the average score is 16.4. Of those who have been diagnosed with an autism-related disorder, 80% score 32 or more. 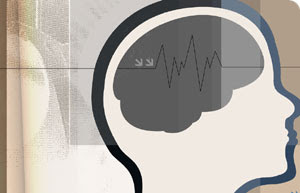 Of course, that doesn't make me autistic. It just means I share a number of traits with those diagnosed as autistic. The cluster of symptoms doesn't preclude a (relatively) normal, functioning person scoring high. This can include: a fascination for numbers, a preference for detail work, lower social aptitude (or interest), etc.

In fact, on those scores, I'm getting more autistic as I get older. For example, I'm less interested in socialising than I used to be, but that's because I have my networks already, and in particular a family which soaks up all my enthusiasm for human interaction. And it certainly doesn't help to ever count things I see when walking down the street, or look at car number plates!

Furthermore, my work (and aptitude) is focused on analysis (business, data, technical). On the basis of that test, I might suggest a high proportion of Information Technology professionals might score highly. (It's your stereotypical geek industry, with your stereotypically geek types. Admittedly, as the demand for IT workers has increased, the industry has widened to take in many more people outside the narrow range of types that inhabited it in the past.)

Have I insulted everyone yet? In fact, I know someone who said he didn't talk before he was about 4 years old, whereupon he gushed full sentences; let us not forget all the Nobel science winners... and, in fact, it could be said that that test is, to a fair extent, a test of maleness, as males in general are less socially adept than females; furthermore, autism is to a high degree the province of men; there are statistically few autistic women.

What does all this say? In part, I'm suggesting a re-appraisal of autism could focus on its abilities as much as its disabilities. I'm also lauding the fact that so-called geekdom has in the past ten years seen a significant boost in acceptability, particularly for what the internet has brought us.

I would also suggest that anyone who feels they lean in that direction should read Daniel Tammet's book, Born On A Blue Day. They may well empathise with a lot of the situations he describes. Perhaps we can all pick up on ability as the flipside to disability, and better see the humanity in all.
Posted by S Simmonds at 10:41 pm