The sensible solution to Water Blues

The drought’s been with us for at least seven years. It’s older than my kids.

There’s been some rain in some years, but not enough to break it. Other years have been full of rainclouds that come and go without delivering. Sydney’s water supply is under 40% full – the lowest on record, I believe.

(That’s a somewhat glib thing to say. The truth is, Sydney’s expanding population has also strained the water supply.) 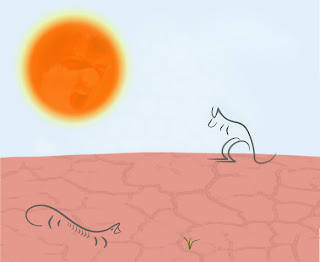 Solutions. Queensland – coming off a state election – bit the bullet and said they’re going to have recycled water, like it or not. PM Howard tried to take control of the Murray – Darling river systems, but the States didn’t trust him.

Meanwhile here in New South Wales, the State government keeps returning to the agenda an expensive desalination plant. Well, that won’t turn the tide of global warming, and it’s not really a holistic solution.

Nevertheless, the drought may break in their minds, if the latest poll is heeded: in NSW, 80% were favourable to recycled water. Time for the State government to stop spinning, and get real.

(Ironically, we’ve just experienced a heavy deluge in Sydney. Still, this has happened before, and the response has always been: “not enough to break the drought.”)


15-Feb-07 Update: The abovementioned rain has shot up the dam levels by 3%! Doesn't sound like much, but it is. And the State government intends to push ahead with the desalination option regardless.
Posted by S Simmonds at 8:34 am

Email ThisBlogThis!Share to TwitterShare to FacebookShare to Pinterest
Labels: Australia