China: structural change due to capitalism

China has been calling for extradition treaties with western countries, which touches upon several different issues on China’s transformation into the world’s largest capitalist producer and market.

The reason for China’s newfound enthusiasm lies in the context of its attempt to put a lid on rampant corruption. Corrupt officials (in particular) have been able to flee to western countries without expedition arrangements, including Australia, USA, and Canada. The eagerness to stomp on corruption is tied to China’s emergent capitalist economy: tainted export goods (much in the news lately) can be traced back to unenforced controls. This is quite a contrast to even the recent past (10 – 20 years back), where equivalent problems would have been due to the lack of such controls.

Western countries are somewhat split on the issue of extradition treaties. In particular, there is concern that the judicial system is not enforced fairly and/or is not independent of government directive.
To this I would add that extradition treaties should specifically include clauses debarring extradition where the charges can bring about the death penalty.


Thus, both a better, more structured economic production and control framework – and better enforcement thereof – is due directly to capitalist imperatives. And, depending on how serious China is about extradition, the same imperatives may result in improvements in the judicial system. 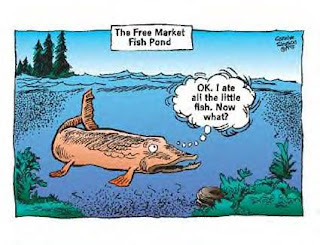 (This is all very interesting. It can easily be put in the context of Marx’s prediction that communism would not develop until capitalism had spread everywhere possible – ie globally.)
Posted by S Simmonds at 7:11 pm