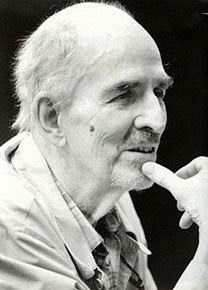 I've only seen a handful of this highly-influential director's films, but they are memorable, and densely-packed with imagery and allegory.

He himself was very interesting to listen to. At a film festival a few years ago, I saw a documentary interview with him (possibly Intermezzo), which was riveting, despite - or because of - the minimalist cinematic style, which consisted of little more than his talking head.

Of course, the films of his that I found most rewarding - and layered - were those around the late 50s to early 60s. Most notable, of course, was The Seventh Seal, in which a knight traversed a countryside at a time of severe plague. The scene in which the knight played a game of chess with death personified is one of the most memorable in the lexicon of cinema, oft-quoted - and -parodied.

Given my low tolerance for existentialism, that film is surprisingly captivating for me. One of the few that I could watch several times, to continue to extract nuance. 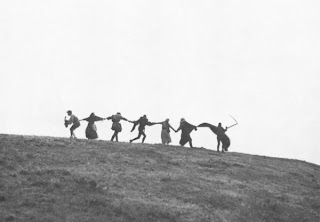 "I wonder if I'll end up like Bernie in his dream
A displaced person in some foreign border town
Waiting for a train part hope part myth
While the station changes hands
Or just sitting at home growing tenser with the times
Or like that guy in "The Seventh Seal"
Watching the newly dead dance across the hills..."

Bruce Cockburn, How I spent My Fall Vacation
Posted by S Simmonds at 9:33 pm