An ethical dilemma in the latest Harry Potter book.

In the first instance, the question would be: do you save yourself first? Is your life more worth fighting for than others'? In fact, if you look at aircraft drills, they encourage you to tend to your own breathing apparatus, before attending to your child. If anyone, save yourself, because you certainly can't help anyone further if you don't.

Traditionally, there are concentric rings. In the centre is yourself. The next largest circle is your immediate loved ones. And so it goes on outwards, from the people who are closest to you all the way out to the people that you don't care whether they live or die. Or worse.

And that's the picture of your world. As you go outwards, the population within each circle gets larger, but your connection to them gets weaker.

At what point does it become meaningful to sacrifice some in an inner circle for a greater number in the outer circle? In some ethical frameworks (including some religions), the distinction may become meaningless, and those on the outer should be just as important [to save/help] than those in the inner circles.

But most people place high significance on the proximity of people to self. But where do you draw the line? At what point do you say that the number of people in an outer circle outweigh the much smaller numbers in an inner circle? 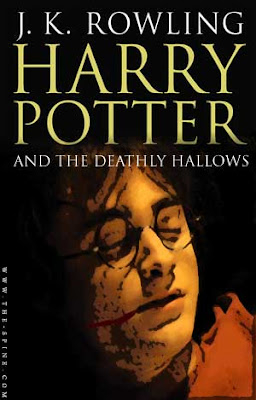 Harry's dilemma doesn't involve pitting self against others. It's more like the possibility of saving large numbers in an outer circle against much smaller numbers in the inner.

Most people would not find themselves in that grapple. Most people are human, after all, and will uniformly consider any smaller circle more important than any number of people in a circle further out.

It's hard to be evolved enough to sacrifice, especially to sacrifice others for a still greater good.