The Rule Of Four, and the Historical Mystery Thriller Novel template

“...I've never known which of the two was right. The world is a Jenny Harlow, I think; we're all just fisherman telling stories about the one that got away. But to this day, I'm not sure how Chaucer's Prioress interpreted Virgil, or how Virgil interpreted love. All that stays with me is the picture my father showed me, the part he never said a word about, where the two naked women are watching Love bully the satyr.”
- from The Rule Of Four.

Unbeknownst to most of us, there is a particular genre of novel: the Historical Mystery Thriller. Beware: here lie tawdry airport novels so cluttering the ground that literature is buried in the mud.
Exemplar extraordinaire, of course, is Dan Brown, whose Da Vinci Code knows no bounds. Readable, but hardly high-falutin', and sometimes cringeworthy. By contrast, cringes galore in its predecessor Angels And Demons (coming to your screen soon).
Once there was an idea. Then it became a template. Then it became a cliché.

Doubtless this has been around a while, but the earliest template novel I’ve found is Katherine Neville’s, above. Elements: puzzles, history, chess, action across two centuries.

Of the ones mentioned, by far the best is The Rule Of Four, by Ian Caldwell and Dustin Thomason. There are criticisms to be had, for example the writers' youth and the preppy tone and setting (which haven't of themselves prevented good literature). But overall, this book is extraordinary literate – and literary. It reflects more that the writers' research ability – they have the depth of knowledge – and reflectiveness – that the genre badly lacks. 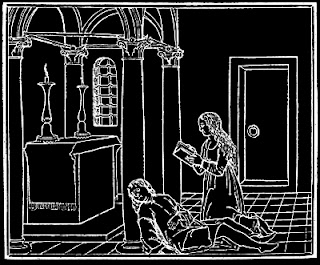 The token is a book dated from 1499 called Hypnerotomachia, aka the Struggle for Love in a Dream. Wilfully obscure in places, it could be the template for James Joyce in its use of multiple languages and neologisms aplenty. A rich source for mystery and exposition, and it gives Caldwell and Thomason an opportunity to soar on philosophical wings, while peppering the very enjoyable read with literature, puzzles, and murder.
Fortunately, it too is coming to a screen soon. No telling how it will pan out, but the book itself is rewarding.

“Besides the ancient book, what they shared was a deep investment in
abstractions. They believed in the notion of greatness – greatness of spirit,
destiny, grand design. Like twin mirrors placed face-to-face, their reflections
doubling back, they had seen themselves in earnest, and a thousand strong. It
was the strange and predictable consequence of their friendship that it left
them more solitary than when they began.”