The perils of recycling music

I have to get this off my chest. My appreciation of Sibelius' 5th Symphony was ruined by the baggage thrust upon me long ago.

Trouble is, the start of the fourth movement is copied directly into the break of the 1974 song Beach Baby, by studio band First Class. So I can think of nothing else when I hear that passage.

The usurpation of classical themes for pop music is relentless. However, that particular time saw something of a peak. This was quite apart from some of the direct pop-isation of specific pieces, such as:

- and those were only the palpable hits. Such music-makers were strongly prone to repeating the formula until their popularity waned - as it did consistently in the above cases. 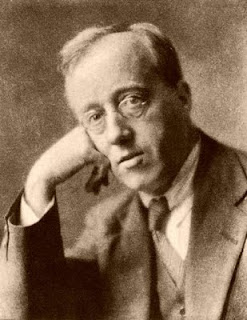 Gustav Holst: the bringer of joy

Around that time there was also a filching of specific classical themes to be disguised. More insidious, one could say. As well as the one mentioned up top, these included:
All these are just what I remember off the top of my head, from a thin slice of history. Yes, this happens all the time; I'm just listing specific pieces that I know have been tainted for me. Classical composers in turn are not above this - Bach's chorale above wasn't an original theme, uplifted as it was from an earlier piece that may also have had its history.

And thievery sometimes has its desserts, as Eric Carmen found, when the Rachmaninov turned out to be still in copyright, although the composer was dead. Payments eventually filtered through to Rachmaninov's estate.


Something incidental I found about Paul Simon's American Tune. A minor hit at the time, I barely heard it, and assumed it was a piece of flag-waving. More attention much later, from a CD compilation, and it sounded to me like an expression of the strain of constant travel (touring). But it turns out to be a direct response to Richard Nixon's re-election in 1972. When put in context, the strands of world-weariness, as well as all the words, fit very neatly into place. Worth revisiting the lyrics, here from Simon's own web site.