As Australians will know more than most other people, there are three rather different types of mammals living today: (so-called) placentals, marsupials (kangaroos, koalas, etc) and monotremes (only the platypus and echidna). Whereas placentals predominate everywhere else, marsupials do so amongst the native Australian fauna, and the living monotremes are exclusive to Australia.

When it comes to classifying them, you can only go so far before losing scientific consensus. Traditional classification (taxonomy) is being superseded by cladistic taxonomy, where groupings are based on ancestor-plus-all-decendant clades. This outcome is most pleasing to someone like myself, valuing as I do the logic and neatness that it brings. Yet it also breeds confusion, rethinks, and re-classifications – very much so in the past decade or two, where molecular analysis tends to reveal true relationships, and shows that intuitive morphology (physical attributes) can be misleading, because of convergent or parallel evolution. Reptiles, for example, should no longer be referred to as a specific taxon, more a description – since mammals arose from their midst. They’re now often referred to as Reptilia*, with the asterisk to signify that status. 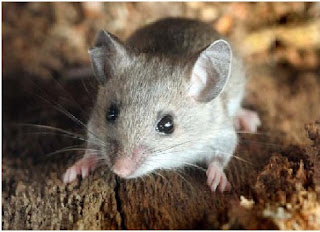 Three significant features of mammals are that the have fur (in general), give birth to their young life (in general), and they’re endothermic – that is, temperature regulation by internal means, eg the fur. (Terminology such as warm- or cold- blooded is not really sufficiently precise.) A key diagnostic can be taken as the movement of a couple of small bones in the jaw to become the hammer and anvil of the ear.

Current classifications of mammals is less solid than, say, Wikipedia would have you believe. If you look at their talk pages on the matter, you’ll see disagreement; their consensus emerges from a very small number of votes (see this one, for example).

For the moment, I’m going with Colin Tudge. He offers logic and a full narrative, which you can’t guarantee from Wikipedia. He frequently cites disagreement, and explains why his decisions fall where they do.

Following from this, mammals can be split into Theria (a sub-class) and non-therians. Theria is a sub-class of mammals that gives birth to their young live (rather than as eggs). They can be divided into infraclasses Eutheria (so-called placentals) and Metatheria (marsupials). It should be noted, though, that marsupials also give birth to live young – although at a rather less mature stage. Tudge in fact refers to this issue as a “movable feast” overall, when it comes to timing.