Backing the unbackable for President

I can't see Obama getting the Democrat nomination.

All sorts of tripe is put in the mainstream media (and even more into the Blogosphere, I'd say). I read one opinion piece that said Clinton would be withdrawing pretty soon. But that's forgetting a) her determination (good on her); and b) her substantial campaign funds - she outguns the lot by a handsome margin.

Since this isn't the mainstream media, I'm happy to get hung for a sheep. I expect McCain to win Super Tuesday by a good margin, with only Romney left hanging out until the convention. I'm sure this would have surprised most people a month ago.

And I expect Super Tuesday to be rather inconclusive for the Democrats, with only Clinton and Obama remaining. I still can't see a black getting the nomination, although if anyone could, it's conceivably him.

So I would expect it to be McCain against Clinton. Both candidates being far more to the middle of the road is, I feel, happenstance. But at the very least, it would mean an unceremonious dumping of those neoconservative troglodytes currently bunkered in the Whitehouse. And it would mean no exit plan for the Iraq war, although on that score we can be grateful for new ideas - any.

I could be wrong about Obama. He's a candidate I'd like to back, but he'd quite a dark horse as far as his executive ability goes. His achievements so far, both inside the senate and out, have been very commendable, but that's not the same as running a presidency. Oh, what the heck. I'll go for him. Although I have much admiration for Clinton's commitment to reforms such as health care, she's relatively conservative. Edwards would be second, but oops I see he's already "suspended" his campaign. 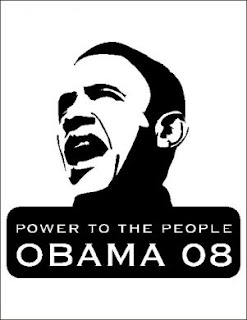 Obama's sounding like a junior Kennedy. Could the Democrats go with him? Could he avoid the fate of the previous Kennedys? And would enough Americans be able to swallow their past and vote for him? Passing those hurdles, could he make the grade? So much in the way of true vision, but one can always hope...

I find it hard to place money on which of those three will get up. So, with the rider of slim margins between them, I'd guess McCain as most likely, with Clinton second and Obama third.

I don't worry about Clinton or Obama really. And McCain is not the worst the Republicans could throw up. At least that anti-science irrationalist Huckabee's not going to make a dent.

I'm not optimistic about action on climate change. Again, chucking Bush and his cronies will in itself achieve as much as it did in Australia when John Howard was dumped. On climate change alone, the only US politician I've heard in which I can have full confidence would be... Schwartzenegger. He's ineligible, being born outside the US. If Gore ever came back, you'd know the USA was starting to treat the issue seriously.

As far as watching horse races go, I'm less concerned about really bad outcomes than I have been in a long time. A really good outcome would be too much to ask for.

Update 04-Feb-08: I've been ignoring Mitt Romney by and large. Expect those Republicans who don't want McCain to coalesce behind Romney - especially all groupings to the right. So it's not really over yet.