Word of the day: defenestration

Of course, after a word arc culminating in Hussites, it's hard to resist adding defenestration.

If you've learnt just a little French, you'll recognise the root of this word is common to fenetre,  French for window.  Defenestration is the act of throwing someone out a window. 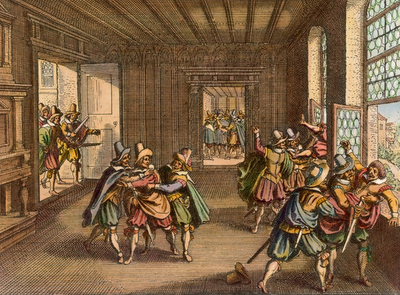 In 1419, seven town councillors were thrown out the window in Prague.  This was not trivial: they were thrown to their deaths.

This very event is the origin of the word defenestration, and it also precipitated the Hussite wars.

And in a spectacular effort to entrench the word in history, almost two hundred years later they held another defenestration event - this time, from Prague castle.

As you might expect, that precipitated another war - the Thirty Years War.

I rather thought that you might give us 'hustler' next! Probably no connection though.
Defenestration is a word I have always loved but one so rarely gets a chance to use it in conversation!
Click here for Bazza’s Blog ‘To Discover Ice’