World: Sculpture by the sea 2

In response to the rapturous silence, I am posting a few more pictures from the exhibition Sculpture By The Sea, in which art works were positioned from Tamarama to Bondi beaches. 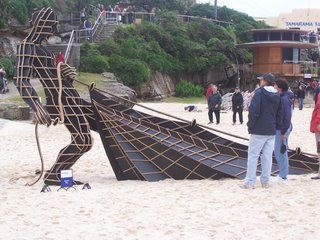 Fisher, by Hugh Ramage
This is my favourite; as it happens, it also won the "Director's prize". I took quite a few photos of it, but it was so popular I could never get a shot free of people. Material looks to be plywood: the lines on it are the edges of the wood. 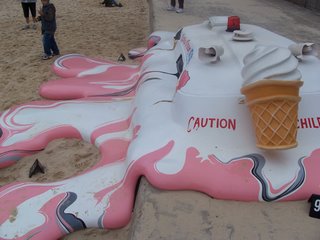 Hot with a chance of late storm by The Glue Society. This melted ice cream van won the people's choice prize.

Also have a look at the winner of the site specific prize: cipher, by Konstantin Dimopoulos. It needed to be appreciated in motion, so I posted a video of cipher to YouTube. 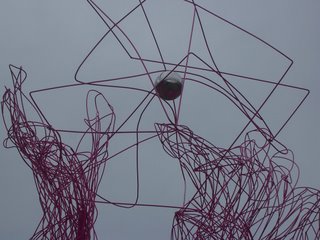 And finally, details from atlas – shadow dance II by Frank Woo. Here's the base of same: 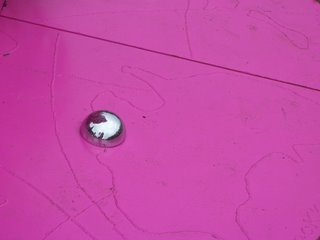