The 23 Enigma, and meaninglessness

It took me a while to realise the significance of my working on the 23rd floor. Then I remembered: I also live at number 23, and my birthday's on the 23rd.

Then I found the 23 Enigma. So there's even a name for it! 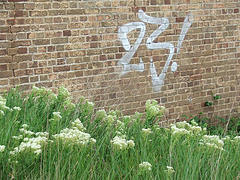 Of course, there's a name for that, too: Apophenia. The seeing of patterns in random or meaningless data.

That's also the premise behind Umberto Eco's book Foucault's Pendulum, where the protagonists take a shopping list and build up a conspiracy theory out of it. Which comes back to bite them.

(Ah, Foucault's Pendulum. One of those books that - at the time - everybody had but nobody read. That's when Eco began his downhill slide into esoterica for its own sake. I stopped reading his fiction after Island Of The Day Before. I recommend you stick to Name Of The Rose.)

Still, the concept of apophenia is worth remembering. Especially when confronting numerologists or muddled conspiracy theorists.

Part of the problem is that people often find it hard to handle coincidences, and try to make sense of things by ascribing meaningful patterns to them. Well, good luck to them, and I hope it keeps them out of trouble.
Posted by S Simmonds at 11:11 pm