Zeugma and the uncertainty of language

Your word of the day is zeugma. 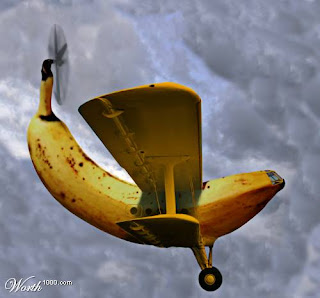 A slow odyssey was kicked off some time last year, when this old joke appeared in a rather apocryphal column in the Herald. It was cited as an example of a figure of speech called a zeugma, and attributed to Groucho Marx.

After some reflection, I've come to doubt the latter, and disbelieve the former.


It often seems to be ascribed to Groucho, but I've read and seen a lot, both by him and about him, without coming across this.

Zeugma is a literary or rhetoric device originating with the Romans (who borrowed the term from the Greek for "yoke"). How does it work? That's where the odyssey comes in, because I've found any number of different definitions of it, and the related term syllepsis.

The consensus definitions seem to be as follows:
zeugma - one term governs two different parts of a sentence.


"he fought with desparation and his trusty sword" (Macquarie Dictionary)

"he carried the strobe light and the responsibility for the lives of his men." (Wikipedia)


Any more than those definitions, and there's disagreement. Mostly on whether the yoke term applies equally, differently, or incongruously, to the two object (acted upon) clauses.

But the "time flies" joke would seem to be neither zeugma nor syllepsis, because the pivotal term appears twice, albeit in different senses. The only source that accepts it as a zeugma is the one that originally piqued me, and the column in which it was included was certainly no expert.

I have to say that in the six-odd months since I first looked at it, I've seen the definitions on various web sites modify - particularly Wikipedia's entry. Its latest take is that syllepsis is a type of zeugma.

You pay your money and you take your choice. For such an ancient term, it's surprising to see how much disagreement there is. Check out these sources yourself - if you dare:


16-Jan: PS If the joke needs explaining, it's about those pesky fruit flies.
Posted by S Simmonds at 10:33 pm

Email ThisBlogThis!Share to TwitterShare to FacebookShare to Pinterest
Labels: Word