Cancer: maybe a cure is not the point

Are we coming any closer to beating cancer?

Cancer is, roughly, an uncontrolled division of cells that invades other tissue. An article in New Scientist [same issue as two posts back] presents a number of ideas to suggest a cure for cancer is not much closer than it ever was. However…

It’s been long known that cancer is treatable if caught early enough. And the article suggests that increases in cancer screening has played a part in a significant increase in early diagnosis over the past 30 years. Further, there’s been a reduction in post-mortem diagnosis, because hospital autopsy has declined (at least in the US, which is where the article takes its data from), which means cause of death is less often identified as cancer.

The gist of the article is that an apparent reduction in cancer death is due to a large extent to a shift in diagnosis closer to the onset of the cancer. 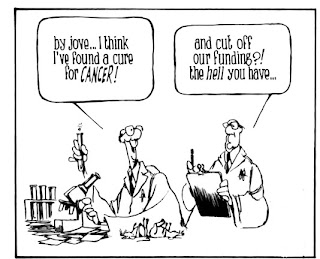 This may not tell the full story. Although there’s no silver bullet, I’d say improved treatment of early-stage cancers has played a part. As has a) improved identification of – and awareness of – the causes; and b) a reduction in smoking rates [in the developed world].

But it may be right that we’re no closer to a cure per se. Particularly for late-stage cancer.

The Wikipedia article on cancer indicates environment (including diet, obesity etc) is the chief culprit, although heredity plays a part in a number of cancers.

I cannot recall any cancer in my family or in the family tree. Most seem to die of cardiovascular causes.

So all I need is a regular checkup an a comprehensive list of carcinogens :)